A day in the life of a contact tracer

A day in the life of a contact tracer 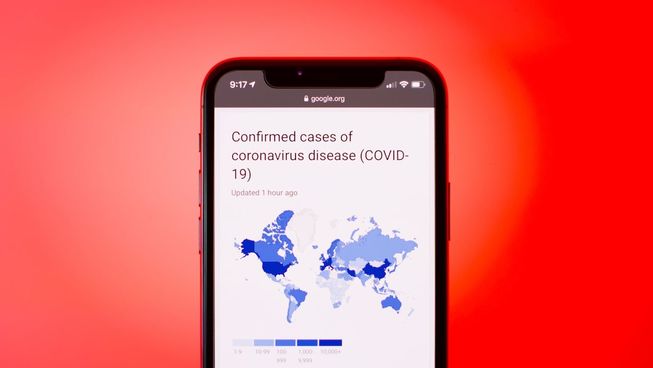 So Alice, you were working at a health organisation as a contact tracer during the peak of the pandemic. There were many clusters during this time in Sydney. Can you tell us what was it like behind the scenes? Was it hectic?

Yes, it was very hectic, particularly last March. One day I was at my normal job in health, the next day I had been redeployed to a new location, with new colleagues and a new job description. I remember asking my manager how long she thought I would be contact tracing - she said maybe about 2 months. It’s now been over a year!

The work during the peak of the pandemic was very fast paced and reactive. At the time, the work and processes were new for everyone and changing on a daily basis. I’ve heard it described as like we were building the plane as we flew.

I’ve spoken to many different people while contact tracing: from backpackers to politicians; those who are fearful of COVID-19 to those who think it’s a conspiracy; those who have no problems isolating, to those who need accommodation support to isolate properly. Some close contacts have said isolating for 14 days is the first break they’ve had in 20 years (albeit not many!), and others feel they can’t catch a break as they struggle to cope with isolating, on top of ruined businesses, sickness and everything else!

Wow! Thanks for sharing - didn't think that some would say it was the first break they've had! That says a few things about how busy people are! So, how did you handle being busy? Like all of us during the pandemic, it wasn’t what you anticipated you would be doing when you started the year. How did you cope?

In March, my team was just trying to survive and get on top of everything. For a while it felt like we were always on the back foot since there were so many positive cases and limited resources. It was hard sometimes to be able to see beyond the task immediately in front of you. I had to get comfortable with not knowing what was going to happen each day and how long this would go on for. As I person who loves closure, it was a bit of an adjustment!

To cope when I’m stressed, sometimes I write my reflections in a diary. On my diary, I have a few words from the Bible - "For I know the plans I have for you,” declares the Lord, “plans to prosper you and not to harm you, plans to give you hope and a future". (Jeremiah 29:11) For me, it was a reminder that God does have a plan. It’s a promise that I am grateful for. It reminded me not to be so concerned about the future that I forget to take hold of the opportunities in the present that God has given.

I’m thankful that God has indeed given me opportunities to share what I believe with my colleagues. One day at lunch, my colleague and I were chatting about people’s behaviour during the pandemic (toilet paper hoarding anyone?). Eventually we started talking about whether people were intrinsically good or bad. I was able to share that while I believe that people have great capacity for good, the Bible says that all have sinned and fallen short of the glory of God. My colleague shared that while she did not believe in God, she was spiritual. She believed people were intrinsically good, and we were able to chat about our observations of society to support our differing views. I was grateful to have the conversation because despite having differing views she was still open and interested in discussing some of the bigger questions in life. I hope it will open the door to further conversations.

That's so great to hear that even though you were under pressure, you could still see God, perhaps even more, at work at your work. It’s now been over a year since you started this role. How have you grown from this period? What have you learnt about yourself and God?

I’m much more comfortable with change now. I don’t take each day and the time we have for granted as I know that things can literally change at a moment’s notice. I’ve been reminded not to boast about tomorrow and not place so much weight on my own plans. I’ve learnt that I love being in control, feeling like I’m in control, but am not in control. I’m learning to trust that God is truly in control of everything in life and He will sustain me, though maybe not in the way I anticipated. Above all, I’m thankful that because Jesus has made his enemies his friends, I can have joy and peace independent of circumstance.