A tool for explaining the historical evidence for the Bible

A tool for explaining the historical evidence for the Bible
Jesus 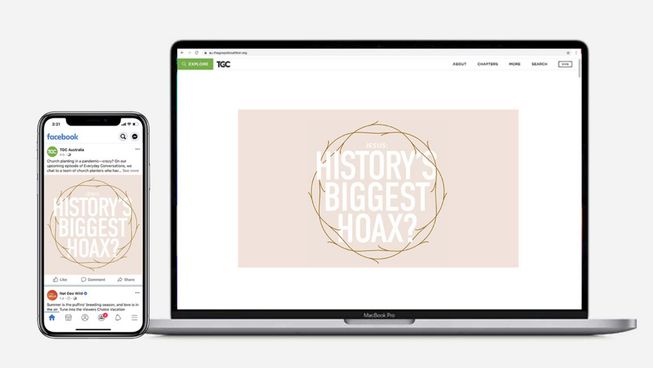 The Gospel Coalition Australia has launched a simple tool for sharing on social media. In a world where we assume that truth waxes and wanes depending on which news source you favour, its important to remember that our faith is one established on historical record, supported by archaeological evidence and remains fact.

This tool is only 3 minutes long, uses a conversational tone and raises questions to discuss with friends, family and colleagues, it also includes a detailed supporting webpage with references to the facts mentioned. It's a well-curated, single page that can help you as you discuss the factual evidence for Jesus life, death and resurrection.

You can access the webpage and more useful resources for explaining your faith here: https://au.thegospelcoalition.org/biggesthoax/